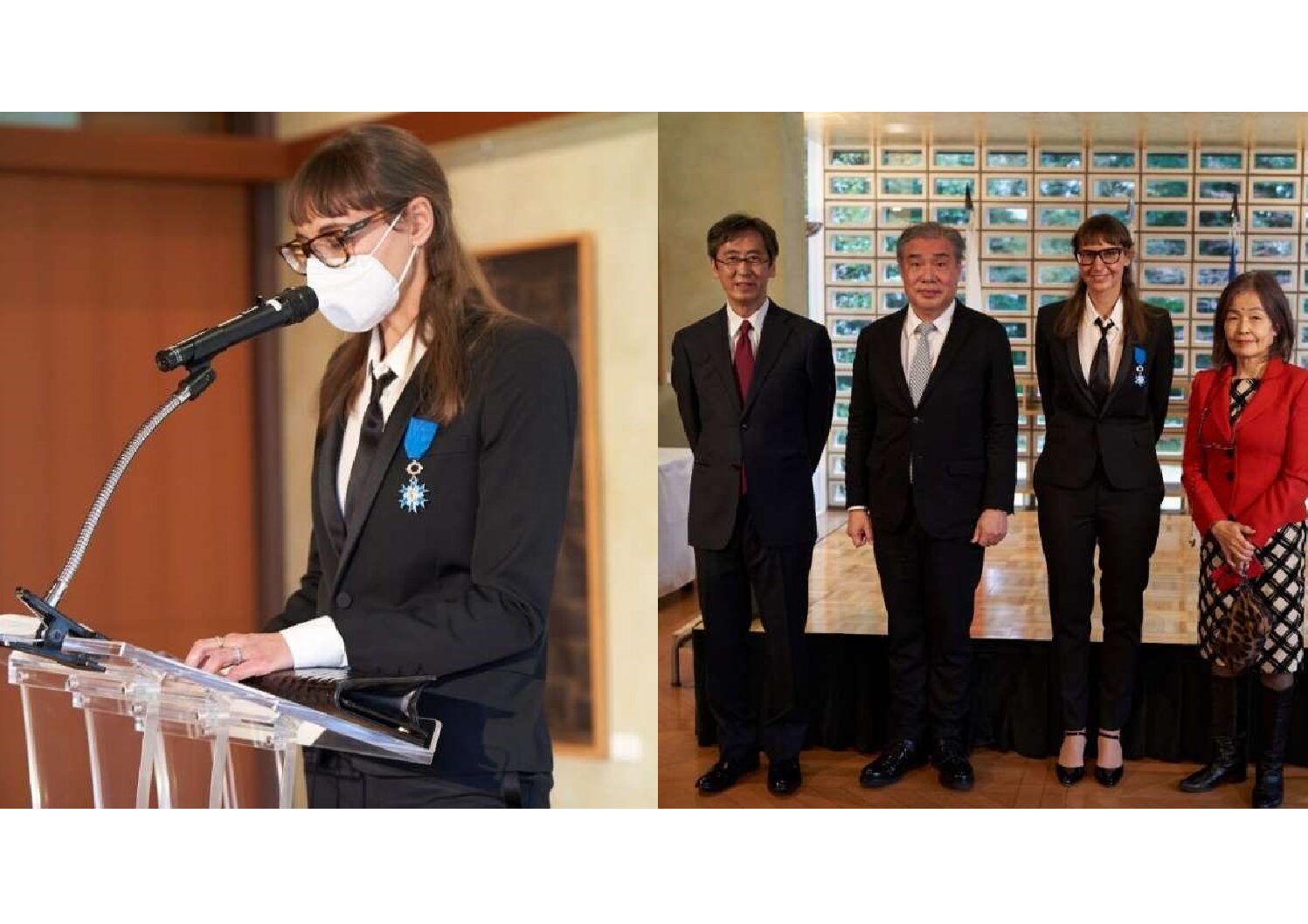 -Outline of the award

The National Order of Merit is a French order of merit established in December 3, 1963. The order is conferred by the President of French Republic, similar to the Legion of Honor. It is customary that the National Order of Merit is often conferred before the Legion of Honor. The blue ribbon is a remnant of the Order of the Holy Spirit, established by Henry III in the 16th century.

In recognition of her contribution to strengthening the bilateral exchanges between France and Japan in the field of robotics.