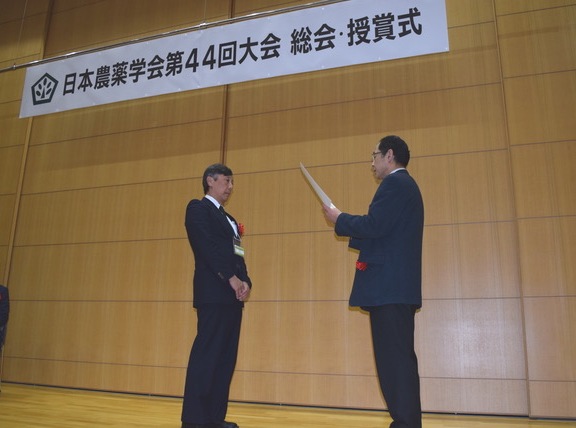 Tsutomu Arie, professor of the GIR, received the Achievement Award from Pesticide Science Society of Japan on March 11 2019 at the 44th PSSJ Meeting.

The award is presented to a distinguished researcher who has contributed further development of pesticide science and technology.